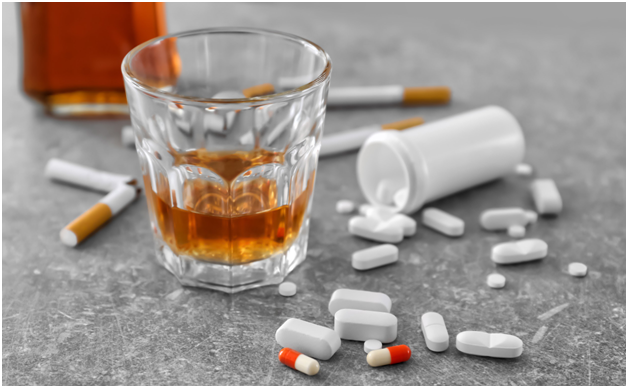 Diabetics on Jardiance should not consume alcohol on an empty stomach as it can cause side effects like a drop in blood sugar level. A user who is not having well-controlled diabetes may experience low blood sugar after consuming even a little amount of alcohol. Alcohol acts in diabetics who take Jardiance by inhibiting the liver to process and release sugar into the system thus causing the symptom of hypoglycaemia (low blood sugar). This effect can last for a long time for certain people for up to 12 hours and can be life-threatening.

Chronic alcohol consumption by diabetics who are on Jardiance may do the opposite which is hyperglycemia (high blood sugar). This happens as the tissue becoming less sensitive to the insulin by the long history of alcohol consumption thus making it difficult for the body to utilize the glucose.

Alcohol itself is a high-caloric drink and consumption by diabetics not only raise the blood sugar level but also worsen the hunger pangs associated with increase insulin level when there is an increase in blood glucose. This, in turn, may cause diabetes patients to over-eating and further put them in a futile effort to overcome this chronic disease despite medication like Jardiance.

Diabetics who are having problems with the nerves (neuropathy), inflammation of the pancreas (pancreatitis) or high fats in the blood (high triglycerides) for any reason should also avoid consuming alcohol since interaction with Jardiance on the kidneys will cause the accumulation of the ethanol in the body hence worsening these conditions.

Alcohol may also affect Jardiance potency as the latter mechanism of action is on the kidneys itself. Since Jardiance affect SGLT2 (Sodium-Glucose Transporter 2), the effects of alcohol may increase the excretion Jardiance itself and hence the efficacy of its treatment in diabetes patients.

Long term consumption of alcohol will cause problems such as high blood pressure to become more severe and damaging further the kidneys. Jardiance and all other medications that act on kidneys cannot function properly if the kidneys are failing. Hence the importance of controlling the amount of alcohol intake by diabetes patients who take Jardiance as not only for better treatment of diabetes but conditions associated with diabetes such as high blood pressure and high cholesterol.

All-in-all, Jardiance like all other medications should be taken with precautions with other medications, foods and drinks order to have its full benefits. Diabetes patients who want to take a new medication or changing diets should consult their doctor for further clarification as to what to avoid and what can be taken. Further information regarding the use of Jardiance can be looked upon Jardiance by DoctoronCall.